Home i Articles i Trends i Darryl Jones 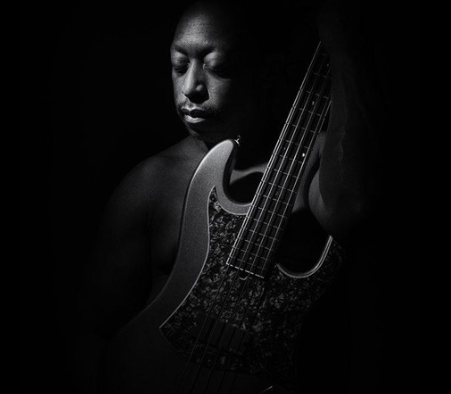 A look into the life and career of the legendary bass player who replaced Bill Wyman in the Rolling Stones – is out now in select theaters and available via Apple TV and Amazon Prime Video. Directed by Eric Hamburg in his directorial debut, Darryl Jones’ story has never been told like this, examining different aspects of his life: from race, music, and politics to growing up on the south side of Chicago, all of which play an essential role for him as an activist and musician. Darryl Jones: In the Blood features interviews with Mick Jagger, Keith Richards, Ronnie Wood, and the late Charlie Watts in one of his last filmed interviews.

In the Blood Official Trailer

In the Blood Official Trailer 02

Darryl Jones started his career gigging around Chicago after college for a few years, which led to him getting a call from Miles Davis, his musical muse that taught him to listen deeply and to let the music be his guide – lessons Jones still carries with him today. After joining Davis at the age of 21, Jones goes on to play with other legends like Herbie Hancock, Sting, Peter Gabriel, and Madonna, eventually finding a home as bassist for the Rolling Stones, all shown in the film via montage. We also hear from other musicians and friends and see archival footage of his tenure with the Stones, as well as musings about Jones and praise for his rock-solid groove. (https://bassmagazine.com/artists/darryl-jones-in-the-blood-documentary-is-released)

How I met Miles

After I’d been working around town in the local scene in Chicago I decided I’d like to be getting paid more. I made up my mind I wasn’t going to continue working for the going rate of $50 or $75 that I and a lot of musicians had been willing to work for.

Still living at home, I decided I’d spend my new found free time practicing Chapman Stick instead of taking more low-paying gigs. I was sure if I held out I could get more. That’s what I was doing when my mother called downstairs and asked if I had any gigs coming up that week. When I answered no and gave my reason why my mother suggested I reconsider. She wasn’t exactly suggesting. My mother, having the opinion that anyone living under her roof had to either be working or be in school, insisted I come upstairs and wash the dishes. Immediately.

That’s what I was doing when the phone rang. It was Vince calling. We’d been friends for years and we frequently played together around town. A detail worth noting is Vince is Miles Davis’ nephew. When I heard his voice I remembered that he’d been traveling as Miles’ assistant on a tour of Japan. Of course, I asked him how things were going. He said fine. He then mentioned that he was with Miles in NY and he said, ”Hey Darryl, Miles wants to hear you play over the phone.” I told him that this was not the kind of thing to joke about. That’s when he said, ”I’m serious.” I remember taking a beat and thinking,”Uh oh!” I told him to hold on so I could get my bass. After looking around the house I went back to the phone and said, ”Vince, my bass is in the car. Hold on, I’ll be right back. He said, “No. You hold on.”

The next sound I heard was that raspy voice. It was Miles. He said, ”Darryl, when can you be in New York?” With all the stories about how Miles was enigmatic and cool, I thought I should at least try not to seem too eager. I said, “I could be there in a couple of days.” His response was, ”WHAT’S GONNA TAKE YOU SO LONG!? YOU GONNA WALK!? I guess that woke me from my attempt at trying to seem unaffected. I said, “I’ll be there tomorrow morning. Then I asked if he still wanted to hear me play over the phone and he said, ”Naw, you can play, can’t you?”

Up until that time, I’d always answered that question with, ”I’m learning or I’m getting it together” but I thought this isn’t the time for false modesty. So, for the first time in my life I said, ”Yeah,I can play.” He said, ”Good cause if you can’t, I’m kicking Vince’s ass!”

The first thing I did after I got off the phone was to speak to my father. I said, ”Dad, could I borrow a couple of hundred dollars?” I told him I had to get to New York. I said, ”I have an audition with Miles Davis.” That’s when he looked up from the newspaper he was reading. I was sure he would be impressed, him being a serious Miles fan and a musician himself. He did look surprised but his eyes seemed to say, ”You have an AUDITION with Miles. That’s only a foot in the door. It doesn’t mean you have the job.” Then he nodded his head and said, ”Sure.”

The next morning I flew to NY and checked in to the Howard Johnson’s on 52nd and 8th as per Vince’s instructions. He said to wait for his call. A short time later the phone rang and Vince said, “Meet me at 315 W.71st St. Have a seat in the lobby and wait.” I remember it felt like a covert operation or espionage meeting or something. I jumped in a cab and off I went. A few minutes after I arrived a long gun-metal grey limousine pulled up in front of the building. I saw Vince get out and then Miles. They came into the lobby and Vince introduced us by saying, ”Miles, Darryl. Darryl, Miles.” Then Miles says, ”Vince! He’s a weird-looking dude!” I laughed and said to Miles, ”You know Jaco Pastorius? He said, ”Yeah.” I said, ”He told me I look like you.” Miles said, ”You do! Around the eyes.” We got onto the elevator. I was chewing gum and Miles asked me for a piece. I told him I was chewing my last piece. He said, ”You mean you came all the way to NY and you only brought one piece of gum?” From the beginning he was really charming and funny and warm. I don’t remember being afraid or nervous. Then he said something I will never forget. Before I started playing he said, ”Listen Darryl, if it doesn’t work out it doesn’t mean you can’t play. It just means I’m looking for something else.”

He asked me to play along with a tape he’d brought along. It was a live recording of a recent gig. He told me I didn’t have to play exactly what the bassist is playing. “Just play what feels right to you.” After I’d done that, he asked me to play a slow Bb blues. I began. He stopped me. He said, ”Real slow.” I started again. He stopped me again and said, “I mean real slow.” I played it slowly for a few minutes and he stopped me. At that time, he and Vince stepped into the bedroom. When Vince came out he came over to me and said, ”You got it!” I said, ”Nah, Vince. I want him to tell me.” Miles comes over and jabs me in the shoulder and says, ”You got it!” I called home and told my parents, ”I got it.” That was my beginning with Miles. That’s what happened. (https://darryljones.com)