Home i Articles i Trends i Chika Okeke Agulu 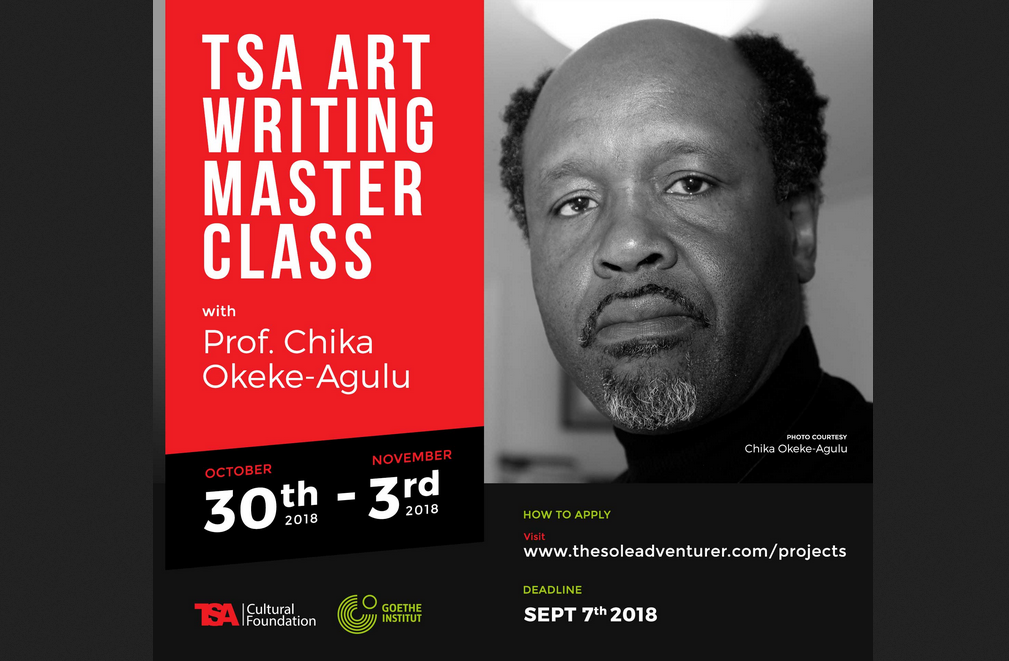 Chika Okeke-Agulu is an Igbo-Nigerian artist, art historian, art curator, and blogger specializing in African and African Diaspora art history. He lives in Princeton, New Jersey. He is Associate Professor of Art History and of African American Studies at Princeton University.

Okeke-Agulu taught at the Yaba College of Technology, Lagos, University of Nigeria, Nsukka, Penn State University, and was the Clark Visiting Professor, Williams College. He is Associate Professor of Art History in the Department of Art and Archaeology and the Department of African American Studies at Princeton University

Curated Uche Okeke 60th Birthday Anniversary Retrospective at the Goethe-Institut, Lagos. In 1995, he organized the Nigerian section of the First Johannesburg Biennale and co-organized Seven Stories about Modern Art in Africa at the Whitechapel Art Gallery, London, and Malmö Konsthall, Malmö, Sweden. In 2001, he co-organized, with Okwui Enwezor, The Short Century: Independence and Liberation Movements in Africa, 1945–1994, at the Museum Villa Stuck, Munich, Haus der Kulturen der Welt/Martin Gropiusbau, Berlin, Museum of Contemporary Art, Chicago, and PS1/MOMA, New York. He served as an Academic Consultant and Coordinator of Platform 4, for Documenta11, Kassel in 2002. In 2004 he co-organized the 5th Gwangju Biennial and Strange Planet at the Georgia State University Art Gallery. He co-organized Life Objects: Rites of Passage in African Art for the Princeton University Art Museum in 2009, and (with Udo Kittelmann and Britta Schmitz), Who Knows Tomorrow, at the Nationalgalerie, Berlin, (June-Sept., 2010)

He participated in the First Johannesburg Biennale (1995). His work is in the collections of the Newark Museum, Iwalewa-Haus, University of Bayreuth, and the National Council for Arts and Culture, Lagos.