Home i Articles i Trends i Bienvenue Angui 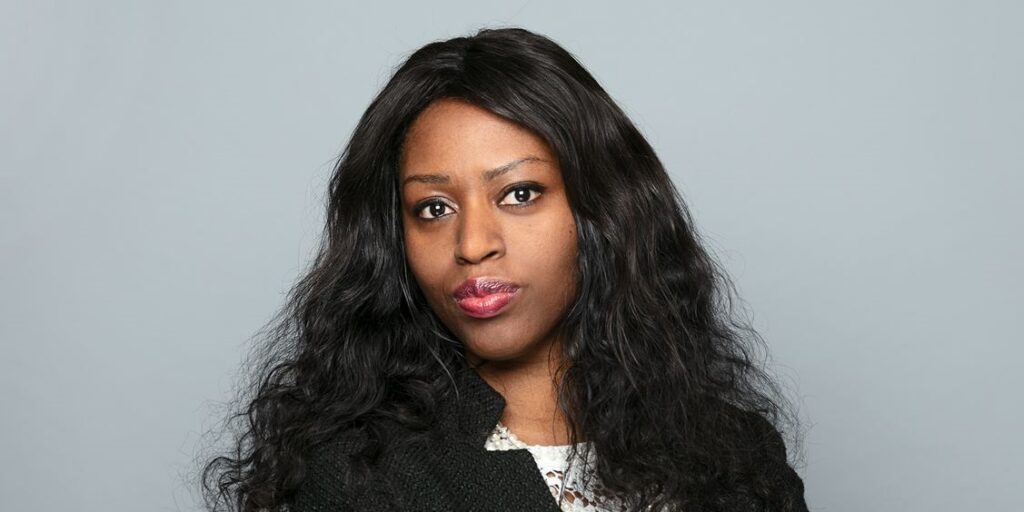 Originally from Ivory Coast, born in France and now living in Germany for over 14 years. Bienvenue Angui has a solid knowledge of European and African cultures. She has worked as Director of Marketing and Communications for the German office one of the largest networks promoting French trade shows abroad.

Mrs. Angui is now the Director of the professional network „Le Mittelstand BVMW“, which connects German SMEs with European Francophone SMEs. She is also the Managing Director of the « Mittelstand Alliance Africa » (MAA) (www.maa-bvmw.de), the German-African Entrepreneur Network of the BVMW, which supports German companies that want to become economically active on the African continent and vice versa. The MAA works in cooperation with governments, embassies, civil society and entrepreneurs on the African continent with the aim of being a strong voice for small and medium-sized enterprises in Africa and Germany and promoting the African continent as a place of opportunity and a strong partner.

afrolifestyle: Hello Bienvenue! You are the managing director of the Mittelstand Alliance Afrika “MAA” of the BVMW. The BVMW is the biggest SME Association in Germany. That means a lot of responsibility every day. You meet high-level delegations and medium-sized companies from Africa and Europe and you offer them a chance to boost their business. Your claim is “together for success”! Why was Germany a good option for your career?

What inspired you the most?

What I always liked about Germany was the culture and the language. The land of poets and thinkers.

afrolifestyle: In times of digitalization and the covid-19 pandemic, what are the biggest challenges and biggest opportunities for SMEs in Africa and in Germany?

Bienvenue: The bottom line of the covid-19 pandemic is that the business location Africa is more important than ever before. Since the supply chain bottlenecks in China, alternative production locations have to be tried in order not to be completely dependent on China or other markets. The pharmaceutical companies were the most affected by the supply chain problems. Africa can get a completely new value and new market opportunities.

What does digitalization mean to you?

I associate digitalization with the future, inclusion, creativity and startups. Digital reality will be everyday life for us.  Since the pandemic, everyone is aware of this.

afrolifestyle: Knowledge transfer at eye level is one of the key perspectives when it comes to networking. Can you name successful collaborations between Africa and Europe?

Bienvenue: The dual education system is a good example to create a knowledge transfer at eye level on both continents. There are many examples where knowledge transfer works out pretty well. It is often the personal efforts of SMEs such as the company Hansen Korbwaren from Germany, which works in Senegal and trains its labour force locally. During the pandemic, the company invited young Senegalese trainees to Germany to learn more about the work processes, taking into account the strictest health requirements. The company is currently planning to set up a production unit in the department of Podor in northern Senegal that will employ around 1,000 people.

What is your vision regarding the economy in Africa?

afrolifestyle: How do you evaluate the economic partnerships between Africa and Europe, such as the new Economic Partnership Agreements (EPA) between the EU and Africa?

Bienvenue: In these new negotiated Economic Partnership Agreements between the EU and Africa, the African countries commit to open their markets to 80% to Europe. In return, they get full duty-free access to the EU. However, the danger for the African states is the potential for cheap competition from Europe, e.g. in the food sector, which could lead to the collapse of their own agriculture. That is, even if this agreement is better than the Cotonou Agreement, not optimal and still not on an equal footing! That’s why many African countries are fighting against it.

What is your biggest achievement so far?

When I was a teenager I had a dream: to live in Germany and make a career there. Now I have been in Germany for 14 years and I feel I have arrived in Berlin. I am part of a great dynamic that wants to see Africa presented in a different and better light than before.

afrolifestyle: What does diversity mean to you?

Bienvenue: I look at diversity very positively and for me, it means cultural enrichment, tolerance towards others and inclusion.

What do you do when you are not at work?

I play the piano and sing along with it. I was a singer in a soul band for several years, and yes, I miss the stage sometimes. I also like reading  and for my health and well-being I like to jog when I have time.

Bienvenue: Africa is more than the savannah, dancing, and safaris. There are a lot of beautiful people with talents. Creativity can be found everywhere in Africa, it is inspiring! It is worth taking the time to discover the diversity of the people and the continent.

afrolifestyle: Thank you very much for your time and for the interview!