Home i Articles i Fashion i Waridi Wardah 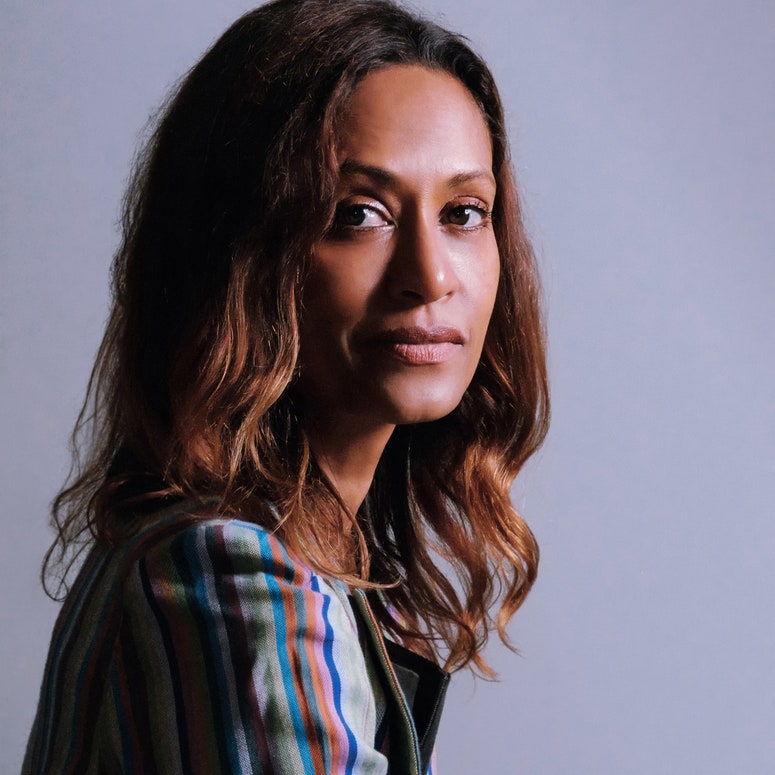 The brainchild behind Fashion Africa 254 and the Mtindo Book is former Top Model Waridi Wardah.

afrolifestyle: Hello Waridi, great to have you at afrolifetsyle. Could you please briefly introduce yourself.

Waridi: Hello, my name is Waridi-Wardah. Waridi is my Swahili name and Wardah is Arabic. I was born in Kenya, but my roots originate in the Arabic part of South Yemen and the Nandi tribe. My whole family still lives in Kenya, and I have been based in Berlin since 1993. At the age of twenty-one, I left my home in Kenya to become a model. I went straight to London, New York, and ended up in Germany.

What is it all about?

afrolifestyle: You are the CEO of the Berlin-based Fashion Office FA254. What is it all about?

We want to be door openers for the African industry and to create awareness of who we are. We work with the gaps in the market that we identify. For example, when we started, there was a gap with African fashion designers; basically, the gap of not being fully trained from A-Z with skills or all about Business of Fashion. A lot of African creatives are self-taught.

There are universities, and Africans are highly educated, but only one or two fashion schools exist in Africa. Often, when one is self-taught there are some skills missing. The first concept of FA254 was how to merge African designers into the German market. Since 2008, I started working and being involved with African designers and different initiatives in Kenya and Germany as a representative of African fashion for both sides.

afrolifestyle: As a successful fashion model, you worked with big names of the global fashion industry. What were your most significant encounters?

Waridi: The models themselves. Watching who they are and understanding what the industry is about. I was fascinated with the materials and textiles the designers were using which defined who they were and for myself to imagine what was behind the glamour.

afrolifestyle: FA254 is working with NGOs and fashion companies connecting fashion executives and experts in Europe and Africa. What does knowledge transfer mean to you?

Waridi: For me, knowledge transfer is the key to understanding each other and understanding different cultures. The designers learned a lot. It’s all about changing minds. And now, after ten years of seeing that the fashion designers have reached so far, the situation has reversed. People in Europe need to learn more about Africa to better understand fashion and lifestyle trends on the continent. Transferring knowledge means opening up your mind to understand the other’s mind.

afrolifestyle: What were your most significant challenges so far?

Waridi: My most significant challenges so far were believing, accepting, and trusting. I think when people work together, they have to understand the relationship. FA254’s strength is that we invest in people, and to be successful, we need to stay humble. As a human being, I realized that we all have a lot to learn, individuals, companies, and institutions. Institutions have their agendas, and nowadays, they see the need to understand the people’s agenda. It’s always a challenge.

afrolifestyle: You are also the author of the Mtindo book “Rebranding Africa“. What was the initial idea?

Waridi: Mtindo in Swahili means style. But then again, style to every individual has its meaning. I wanted to create a movement and to continue making conversations about changing minds. The Mtindo photo book is representing the movement of millions of African style movers. They are rebranding the continent with their creative power. Millions of Africans are making Africa be seen as Africa has always been.

afrolifcestyle: With whom did you work to realize this wonderful book about fashion and lifestyle in Africa?

Waridi: First of all, I had a fantastic team at FA254. For instance, Milan-based Ingrid Tamborin who now has her own scouting agency, Emilia Torres, who has her own brand made in Columbia, and the magical and award-winning Italian photographer Daniele Tamagni. Daniele loved Africa. I chose him, knowing he would transfer the concept into the movement through his artistic photography style.

Besides the statements in the book, photography is what defines this movement and what touches people. The freshness, the rawness, and the vibrancy. I describe Africa as a raw apple ready to be eaten.

The book was never planned to be colourful, Daniele captured the scene by looking around, taking pictures, and being in the flow with the people and the surroundings. There was no convincing him to join our journey. He captured my concept no doubt. He loved the conversation we are putting out. Each personality mentioned in the book chose their location for the shooting to also add their views. The concept was to show Africa, highlight its beauty, and bring awareness to its changes.

afrolifestyle: African businesswomen are getting more important for the continent. Is diversity in Africa a topic for FA254?

Waridi: FA245 itself is diverse.

afrolifestyle: What is your vision regarding the African fashion industry?

Waridi: Each African country can be independent in fashion, like how “made in Italy” is independent of Europe; it depends on itself. The Nigerian fashion industry is like that. The Nigerians like to wear clothes designed by Nigerian designers, so this movement should be an example to all African countries. “Think globally and work locally.”

afrolifestyle: Thank you Waridi for your time. It has been a pleasure having you for the interview.