Home i Articles i Innovation i M-PESA 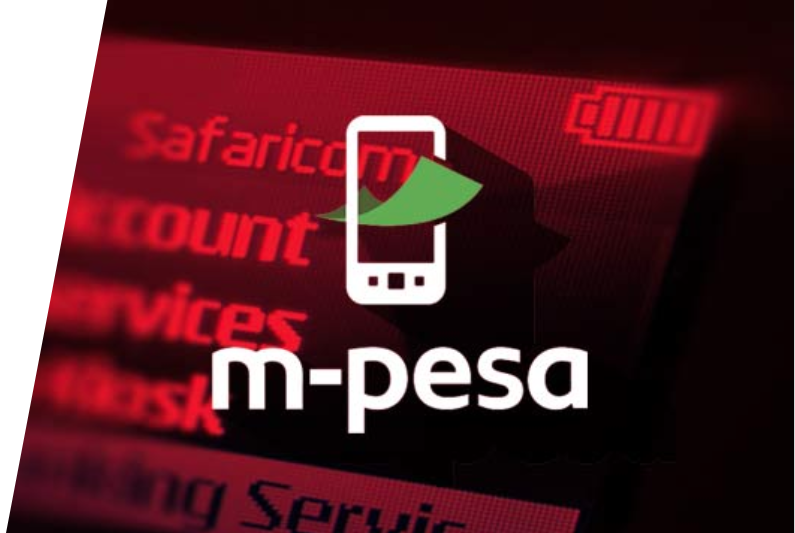 Apple Pay. Venmo. Google Pay. WeChat Pay. These days it seems like there’s a way to pay with just about any device or service. And that’s good. Mobile payment services make it easier and safer for people to send money – which benefits people without easy access to a bank.

But in some places this isn’t new. In fact, if we look back at the history of mobile payments – we’re actually playing catch up. Since 2007, Kenya’s M-PESA has revolutionized the way people spend, save, and send money. And it all started (somewhat) by accident.

• 93%: the proportion of Kenyans with access to mobile payments.

• 120.000: M-PESA agents across Kenya, where Kenyans can exchange cash for virtual currency and vice versa.

THE STORY OF M-PESA

M-PESA uses your phone like a wallet. Repurposing your SIM card and phone account into a bank account for virtual currency (that’s just a fancy word for a digital account balance), M-PESA also allows you to pay for things like rent or utilities and send money to others. Rather than needing to download an app, M-PESA works directly over your phone account. Sending money is like sending a text. When you want to send money, your phone will generate something called a “quick code” that transmits the request over the carrier’s computers. Confirm the transaction and voila, your money is sent.

M-Pesa first began as a way to manage microloans, created by Vodafone’s Kenyan subsidiary Safaricom. The UK Department for International Development was having a hard time getting funds to Kenyans in rural farm areas. Physically bundling cash and handing it out would have been totally impractical as the average rural Kenyan lives several kilometers from a bank.

This costs money. Costs that would have been passed down at higher interest rates.
Their solution?

Send users cash on their phone using their mobile accounts. In 2007, around 54% of the population owned a cell phone or had access to one. Making it a no brainer medium for payouts and repayments.

But operators quickly realized Kenyans were using it for something else. Rather than just making payments on their loans, Kenyans were sending money to each other. What they decided to do next made all the difference: they decided to set up a network of physical agents that could pay out or receive deposits over a Safaricom account. The rest is history.

M-PESA in action – send money home, the first use case for M-PESA. One of the main reasons for M-PESA’s almost universal success in Kenya was the ease and speed of sending money.

Many Kenyans who work in cities have relatives still living in rural (farm) regions, which are expensive to travel to or lack the infrastructure to send cash by post.
M-PESA skilfully tapped into this need with their first ad campaign, which led with a simple yet emotional message: “Send money home.” Here is the award-winning ad: https://www.youtube.com/watch?v=nEZ30K5dBWU

On top of allowing for easy remittances (money sent generally from working family members to non-working members), M-PESA has had an incredible effect on Kenya’s social safety net. In times of emergency, Kenyans often turn to their network of friends and family.

The 2008 election is a striking example of crisis turned into a moment of coming together. After an outbreak of violence — protests against the widely-considered rigged result of the election — Kenyans used M-PESA to send money to friends and families trapped in cities, helping them to get access to food, water, and shelter.

“Kenya’s M-Pesa proves that when people are empowered, they will use digital tech to innovate on their own behalf.” (Bill Gates)

Good cops getting ripped off by bad cops.

In 2009 the Afghan National Police decided to trial run paying out salaries to officers using M-Paisa (modeled on M-PESA). When the 53 officers selected checked their phone, they were dumbstruck. They thought they had received a 30% raise. But instead, it turned out that their superiors had been skimming the money off their salaries, which had been paid in cash. After closer inspection, the ministry quickly gathered that one in 10 police officers who were receiving salaries didn’t even exist.

One of the incredible effects of mobile payments in countries like Afghanistan and Kenya has been to help decrease corruption. When transactions are recorded they become traceable. And that makes it much harder to steal or embezzle.

Safaricom’s M-pesa is one of the top 10 influential finance projects of the last 50 years by Project Management Institute (PMI) in its 2019 Most Influential Projects list.

Mpesa has contributed to growth in financial inclusion and financial transformation of the Kenyan economy.

“Financial inclusion in Kenya has grown by more than 50 per cent in the last twelve years to stand at more than 82 per cent today “, said Michael Joseph, CEO Safaricom.

Furthermore, the service stood out in a list with more than 1000 projects considered by a group of 400 leaders and industry experts. To meet the standards of recognition, the project list identified efforts that changed the world, shaped lives, and altered the DNA of the organizations and the companies that launched them.

Actually, in 2017 Economists from MIT and Georgetown University found out that Mpesa lifted more than 195,000 Kenyan families from extreme poverty by empowering customers with the agency to receive money from any other phone user.

Mpesa serves more than 31 million customers through an ecosystem of more than 1,100 suppliers, 400 active dealers, and over 167,000 agents countrywide.